I have found on Christian Forums the following dialogue, which I want to share with my friends:

Here’s my problem, I believe in evolution, and it brings up doubts especially in the OT… were the OT writers simply writing what they „thought” and the way they „felt” about God, and not in an actual words God actually said…
[…] Anyone help? God Bless!

Accept the observational evidence and your problems will resolve themselves.

The problem lies in interpretation. If evolutionists had never seen a dog and knew nothing about them and found fossils of the Mastiff and Husky and then later in the layer found fossils of the Chinook, they would insist that either the Husky or the Mastiff evolved into the Chinook. We know from direct observation this is not what occurred, even if the Chinook appears later in the record. Worse yet, they would insist the Husky, Mastiff and Chinook were all separate species – simply because their appearances were different. Just as they have done in the fossil record. 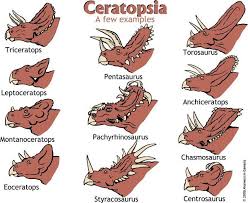 are no different than these:

Merely different infraspecific taxa in the species or Kind to which they belong – not separate species. They have simply ignored the observational evidence when it came time to classify the fossil record and have incorrectly classified 90% of the creatures that existed as separate species.
Theistic evolution starts from the same incorrect assumptions in their desire to feel they are practicing science – when evolution has no basis in science to begin with – but is based upon the requirement that we ignore all observational evidence of how life propagates and variation occurs within the species.